Survivor's Focus Has Always Been on Helping Others 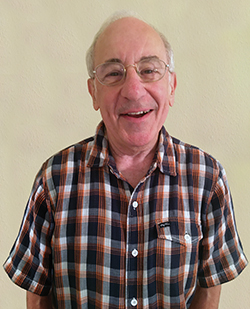 Jay Silver’s life was first touched by cancer when his father was diagnosed with chronic lymphocytic leukemia (CLL) in 1975. That experience deeply influenced Jay and led to relationships with multiple medical professionals and extensive involvement with the Leukemia & Lymphoma Society (LLS). In 2000, he was diagnosed with prostate cancer at age 60. The connections he’d made over the years helped him find a specialist. Today, he’s retired, cancer-free and enjoying life.

My father was living in Chicago when he was diagnosed with chronic lymphocytic leukemia (CLL) in 1975. I was living in Houston when my dad called four years later to say he was not doing well. A friend who was a pediatric oncologist at a well-known cancer center in the Houston area arranged for my father to meet with one of the country’s leading CLL specialists there.

That specialist was wonderful. He kept my dad in Houston for two weeks while they stabilized him. He sent him home with a handwritten note for his doctor in Chicago. In the note, he explained that my dad would be fine for about a year or two but would then need more specialized treatment. He requested my father return to Houston for the additional treatment. Unfortunately, my dad’s health went downhill and he passed away in 1981.

My dad’s experience with cancer changed my life in more ways than I expected. While he was being treated in Houston, I met a volunteer for the Leukemia & Lymphoma Society (LLS) and was introduced to the great work the organization does. I became involved in 1981 and served in a variety of capacities at both the local and national levels of the organization. I retired from the National Board in 2010 after I had the honor of serving as the National Chairperson of the Board for a two-year term. I have spent nearly 40 years working with an incredible group of people, both staff and volunteers.

I see my experience with LLS as a way to give back to the cancer community and to help make a difference in people’s lives. I feel privileged and honored to have served on the National Board and assist people with cancer. I’m still involved with LLS because that compassionate doctor who helped my father made a lasting impression on me. I credit him with focusing my desire to help others.

Watching my dad go through cancer and being involved in a cancer organization, I made sure to always get my annual checkups and blood tests.

In 2000, I went to my annual exam with my urologist and thought all was fine until he called me on my drive home from work and told me I had prostate cancer. I wasn’t entirely shocked. My prostate-specific antigen (PSA) numbers had been slowly rising over the past five to six years. But I was surprised when he said he knew he’d be making this call one day. He had been keeping tabs on my numbers but never mentioned he thought it might develop into prostate cancer.

I called a doctor friend of mine from the LLS Board to discuss the diagnosis. He drew on his connections and called the head of the Urology Department at a leading cancer center for advice. That doctor agreed to see me the following week.

My original urologist recommended surgery to remove my prostate. At the meeting with the head of the Urology Department, he offered to do the procedure the next week. I was amazed that the head of a department was willing to do the surgery for me. I felt completely comfortable with him, so I agreed.

The surgery was a success. I had no problems or complications. I was never officially staged, but I think it was an early-stage cancer because lymph node involvement or spread outside of the prostate was never mentioned.

Recovering from surgery was not as terrible as some would think. I stayed home for about a week and wasn’t allowed to drive for a while. But within seven days, I felt okay.

A follow-up appointment confirmed all was well and I was given a clean bill of health. I continue to have annual exams and blood work.

About six months after the surgery, my doctor, the head of the Urology Department, sent me a personal letter explaining that he was taking a job at the Federal Government level back East. He said to just call if I had any questions or concerns and he would be happy to help me. He wanted to make sure I didn’t feel like he was brushing me off. After that, our professional relationship turned into a friendship.

Prostate cancer is a very treatable disease, and every year the survival rate gets better. It’s a good idea to get a second opinion and find a specialist you’re comfortable with. Don’t settle. Advocate for yourself, and stay calm.