Anemia is an abnormally low number of red blood cells in your bloodstream. The low number of these cells means there is not enough hemoglobin (an iron protein), the part of the red blood cell that carries oxygen. When anemia is moderate to severe, the body tissues do not get enough oxygen. Anemia can cause many symptoms, most often fatigue and weakness. Other signs of anemia may include: 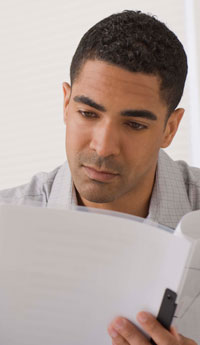 These symptoms usually occur gradually and get worse as the hemoglobin level gets lower. Among people with cancer, mild anemia is usually defined as a hemoglobin level of 10.0 to 11.0 gm/dL; lower levels are considered to be moderate or severe anemia.

Why does anemia occur?

Who is most likely to be affected?

Anemia is more likely to occur in people who receive chemotherapy that includes a platinum drug, such as cisplatin (Platinol) or carboplatin (Paraplatin). Radiation therapy also increases the risk of anemia when it is directed at certain bones rich in bone marrow (such as the pelvis and sternum). Anemia is most likely to occur in people who receive both types of treatment. Some immunotherapy drugs (such as interleukin-2) may also cause anemia. In addition, the hemoglobin level may decrease in people who have had an extensive operation, especially if a large amount of blood was lost during the procedure.

When does anemia occur?

Anemia related to blood loss during an operation occurs within hours to days postoperatively, and anemia related to chemotherapy or radiation therapy can occur any time during treatment. Anemia is usually corrected within a few weeks after treatment ends.

How is anemia managed?

Your doctor will measure the hemoglobin level from time to time during your cancer treatment, and if the level is too low, your doctor may delay treatment until the level increases. Anemia may be managed in several ways, depending on the cause. The goal is to increase the hemoglobin level, and this will alleviate symptoms. Management may include increasing the iron and folic acid in your body, giving a blood transfusion, and, less often, treating with growth factors. Managing anemia also includes ways to deal with fatigue (see Fatigue for more information on how to manage it).

Increasing the amount of iron in your body may help correct your anemia. Iron can be increased by iron supplements or by eating foods high in iron, which include green, leafy vegetables; dried fruit; seafood, chicken and beef; eggs; and nuts. Your doctor may also suggest an over-the-counter iron supplement, but you should not take it without your doctor’s instruction.

Blood transfusions are usually done when the hemoglobin is very low, and your doctor will decide what level is most appropriate to treat in your individual case. Transfusions increase the hemoglobin level quickly, but there are some risks. The most common risk is a transfusion reaction, which is usually minor but can be more serious. Better screening of donated blood has made it very uncommon for infection with hepatitis B or human immunodeficiency virus (HIV) to occur after a blood transfusion.

Growth factors are drugs that stimulate the production of new red blood cells. These can reduce the need for blood transfusions, but these drugs are not appropriate for everyone because they have been associated with serious risks. Your doctor will talk to you about whether the benefits of these drugs outweigh the risks. Growth factors take longer than a transfusion to increase the hemoglobin level—usually at least two weeks.

When should I talk to my doctor about anemia?

Talk to your doctor about the risk of anemia when you discuss treatment options, and ask about the likelihood of anemia with the types of chemotherapy your doctor plans to prescribe or the risks of severe bleeding during a planned operation. Call your doctor’s office if you feel extremely tired and weak, even after following suggestions about conserving energy.

Call your doctor immediately if you have one or more of these signs of anemia: