Couple supports each other through cancer 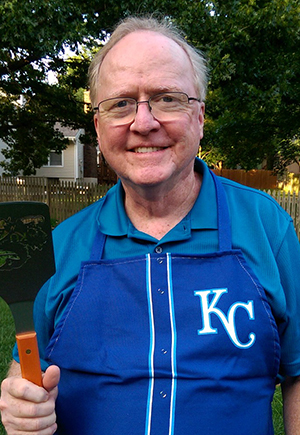 Mike Mulcahy was diagnosed with prostate cancer in May 2012, at the age of 62. He’d been having regular PSA screenings since age 50, and his results were usually right at 1.0. Over a year’s time, his PSA had increased from 1.0 to 1.7. Although the number was still low, the acceleration concerned his doctor, so he referred him to a urologist. Mike’s Gleason score was 8, which is pretty high, and his PSA had risen even further, to 1.9. He was otherwise symptom-free, but a biopsy soon confirmed that he had prostate cancer.

Initially I felt scared, afraid that I had advanced prostate cancer. But I quickly put the trepidation aside. Between my initial diagnosis and follow-up appointment two weeks later, I began an accelerated research project. I called this the diagnosis and discovery phase, and I was determined to be armed with information. My wife is a breast cancer survivor, and a good friend had prostate cancer years ago. Walking through their experiences with them from diagnosis through treatment, and knowing what they went through, made me feel more prepared for the journey ahead. I also looked for other survivors, mostly through friends and family connections. I tried to find as many people who’d received different treatment types as possible, ultimately reaching out to over 20 men.

Networking with survivors helped me learn a lot about the disease and what to expect. The process was helpful because I’m an analytical thinker, and arming myself with information helped me approach my diagnosis from a less emotional, more analytical perspective.

Fortunately, bone and CT scans showed the disease had not spread and the lymph nodes weren’t involved. My specific diagnosis was Stage II. I spoke with a radiation oncologist and decided to have proton radiation treatment with hormone therapy. I chose radiation because I didn’t want to have surgery, and several of the survivors I’d spoken with said radiation, for them, had virtually no side effects. And having hormone therapy was associated with a greater survival rate for men who have a low PSA with a high Gleason score, which can be an unusual combination.

Once I made a treatment decision, some of the initial fear subsided. The side effects from the radiation were minimal, but the hormone therapy caused hot flashes, breast enlargement, muscle weakness and a sex drive that plummeted to zero. I discussed these changes frequently with my wife. Open communication made our relationship even stronger, and we weathered these challenges together. Luckily, these side effects stopped a few months after hormone therapy ended.

Treatment was a success. I currently get a PSA test every six months, and it’s remained in the 0.3 range. To help maintain my health, I’ve started eating a more heart-healthy diet, which is also a more prostate-healthy diet. As a survivor, I know there’s a possibility of recurrence or of a second cancer and I view that possibility with a healthy skepticism, but not fear — because I just don’t live in fear. My experience with prostate cancer showed me that I’m rough and tough and hard to bluff. I can take a pretty heavy-bodied blow and withstand it.

My passion for knowledge, education and advocacy did not end when treatment did. I’m a prostate survivor and I talk about my cancer journey with everyone, even volunteering at a cancer hotline every week. I found that it’s best to talk about it freely. I didn’t want to hide my cancer or keep it a secret because I feel secrets are counterproductive. The support I received from my friends and family helped make me feel like I was in charge of my own destiny.

I’ve learned not to take anything in life for granted. I feel as if I’ve been given an extension, and my life today is a lot brighter because of it. In the end, I learned that I was my own best advocate. If you’re facing a cancer diagnosis, educate yourself as quickly as possible. Don’t limit your knowledge to only what your doctors tell you. They are well-versed in their specialty but may not know as much about other specialties or treatment options that may offer additional benefit for you. Seek out other survivors and know that knowledge is power. I knew the decisions regarding treatment were mine to make, so I made it a point to find out as much as I could to make the best decisions for me. You can do the same for yourself.