Hope is the Most Powerful Word 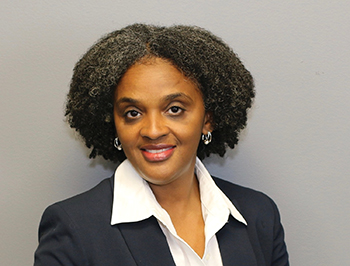 Pediatric nurse Tiffany Williams was unprepared for a multiple myeloma diagnosis at 46, but chemotherapy followed by a stem cell transplant put her into remission. While searching for a support group, she was surprised to find none in her area. Working with the International Myeloma Foundation, she started two support groups to make it easier for others facing a similar diagnosis to learn about the disease and find hope.

Looking back, the significant fatigue that preceded my diagnosis was more than just the tiredness someone with a busy schedule would have. It wasn’t until I had a sharp pain in my back while cleaning the kitchen that I felt like something was terribly wrong. I thought it might be a herniated disk because I’d had that before. I called the neurosurgeon I’d seen previously to get an MRI.

Results showed spots on my spine. He thought they were a metastasis from elsewhere in my body, but I just “heard” bone cancer, which has a short prognosis. I self-interpreted what he said as I had six months to live and went numb. Although I could understand the medical terminology the doctor used, such as reputable sources, best practices, standard of care and clinical trials, I didn’t know much about cancer. I was a trained pediatric nurse, but my patients didn’t have cancer. Fortunately, my husband was with me. He heard things I didn’t and vice versa. That’s when I realized how important it is to have another person with you at an appointment. A person’s mind can only process so much information.

The doctor referred me to another specialist at the teaching hospital where I worked. Further testing determined I had multiple myeloma. The oncologist recommended chemotherapy infusions three days a week for six months before an autologous stem cell transplant. Recovering from the transplant was tough, but I responded well to the procedure. This was followed up with maintenance therapy, which I’m still on today. Because myeloma can recur, I felt it was important to continue therapy to help avoid a relapse.

About a year and a half after my diagnosis, I retired from nursing and reached out to the International Myeloma Foundation to find support groups in Charleston, S.C., but there weren’t any. They asked me if I wanted to start one. I figured I had the knowledge and background in medicine to help, so I said yes.

Around that time, I met a fellow multiple myeloma survivor who had recently moved to South Carolina. She had experience working with support groups in North Carolina, so we partnered and started a local group. Later, I started one 60 miles away from Charleston.

In addition to my experience as a pediatric nurse, I had experience in addressing health disparity issues at the hospital I had worked for. Starting these support groups allowed me to be an advocate for people with multiple myeloma, a disease that affects twice as many African Americans as Caucasians. This work feels like an extension of my career and allows me to continue helping others.

Our meetings operate more like a networking group. We don’t like to call our meetings support groups because that implies people are sitting around sharing sadness. We bring in speakers to educate the members so they can learn about their disease and possible treatment options, along with what has worked for other myeloma patients. This knowledge empowers them to advocate for themselves.

To me, advocating for yourself means feeling free to speak up and ask questions of your medical team, support system and others. Research has shown that people who are not afraid to advocate for themselves have better outcomes.

Across the country, many people feel disconnected from the health care system and may feel afraid to speak up. They may never have the courage to ask questions. In those cases, we encourage them to choose someone they know who can speak for them, whom they trust, who loves them and wants the best for them. A family member, friend, neighbor, fellow churchgoer or even a pastor can be their voice.

Support is critical. It can bring hope, which is a powerful word for patients. Find a community to engage with, whether that is a support group or friends, and learn about your diagnosis. The more you know about your cancer and its treatment, the more information you have to make the best decisions for you. Learn about treatment trends and therapies in the pipeline. This can lead to discussions with your doctor about treatments if they are needed.

It’s OK to question your doctor. Some people feel they should do everything their doctor tells them because it may be considered rude or unacceptable to question him or her. Remember, no one person knows everything. Advocate for yourself, and speak up when you have a question or concern.